The Fragrance Of Memories

Buy The Fragrance of Memories

"Szintra's debut, The Fragrance Of Memories, features a dark and melancholic soundscape that draws the listener into her world and keeps them hooked till the very end." 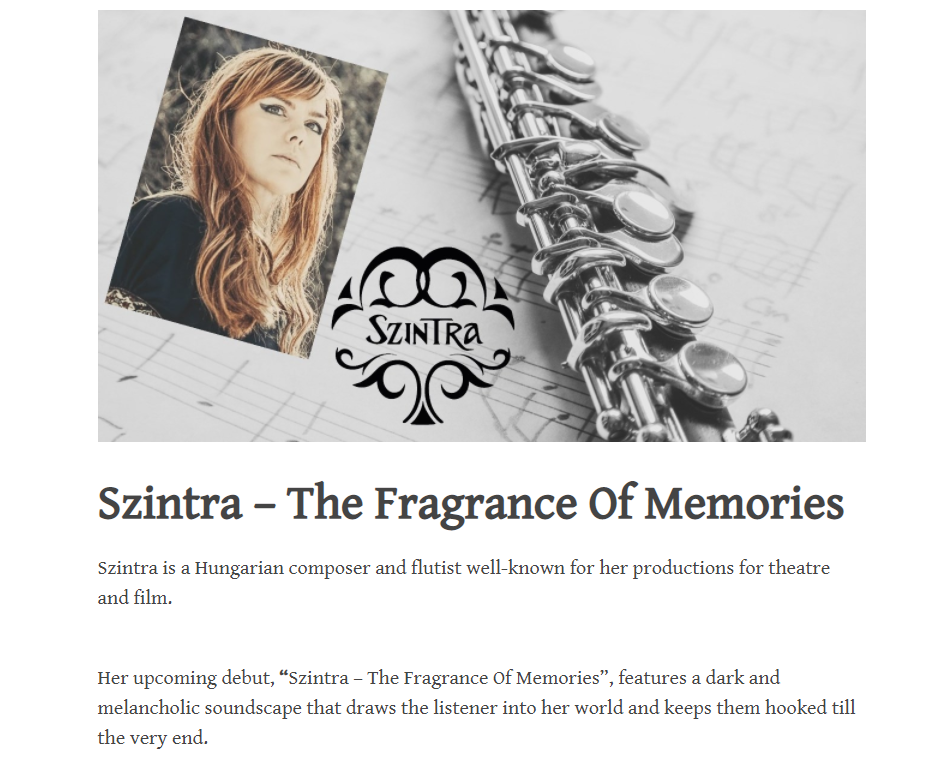 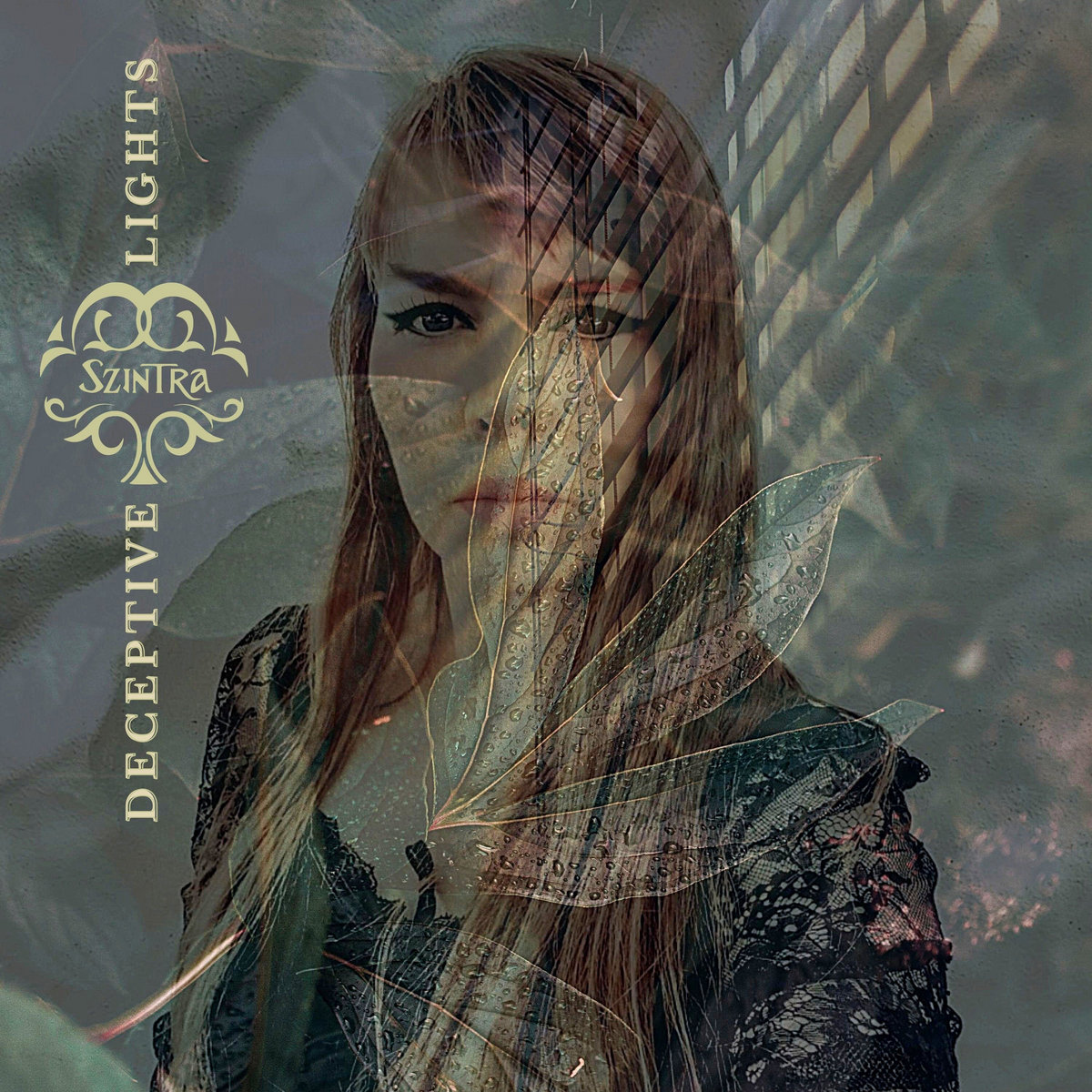 Only looking at the surface of things will never give you the same sense of understanding as diving in and looking at all the shades and colours in the depths.
Buy on Bandcamp 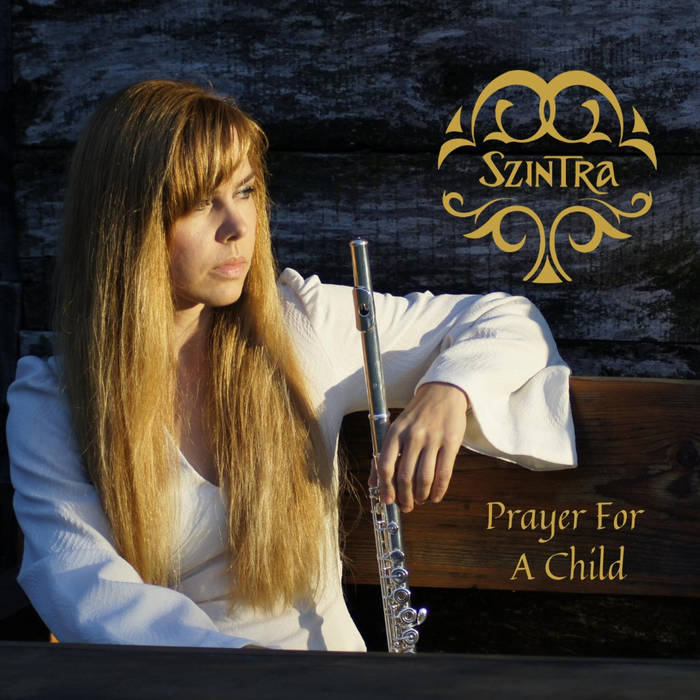 Prayer for a Child

Prayer for a Child

Szintra's first single channels the prayer of a medieval mother-to-be from a small mountain village. Hope, gratitude, sorrow, and desperation weave the fabric of this plea to a god we know nothing about.
Buy on Bandcamp 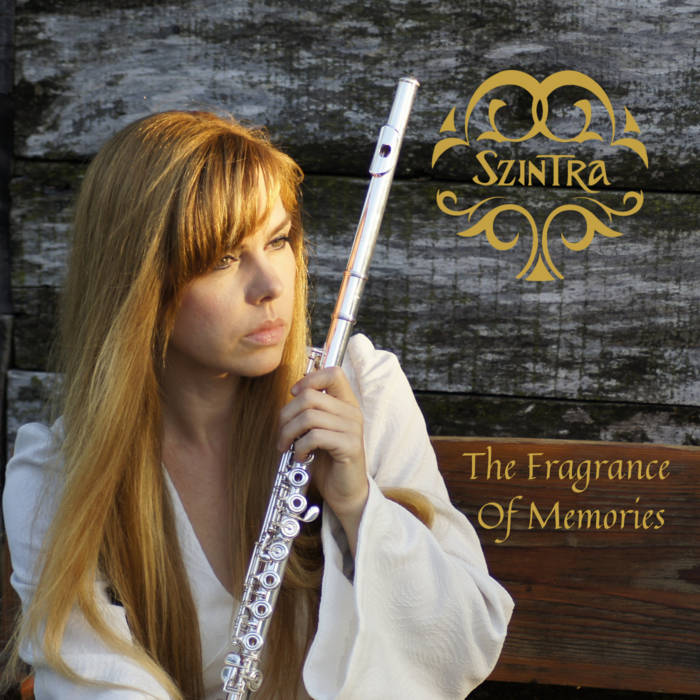 The Fragrance of Memories

The Fragrance of Memories

Szintra's debut album is a collection of memories from a world inhabited by knights, wizards, and fairies. A world where magic is real and the feats of a single one can change the fate of many.
Buy on Bandcamp

Szintra is a Hungarian neo-classical composer based in Salzburg/Austria. Music came natural to her as both of her grandparents from mother’s side were classical musicians and music was all around her during childhood.

She moved to Austria to study Flute at the Mozarteum university and fell in love with the city. After playing classical, jazz or even flute beatbox concerts for many years, she started to produce music for theatre and film. In 2020 she released her debut album “The Fragrance Of Memories”, which is a genre-bending experience between neo-classical, folk and new age.

Music composed with the  methods and rules of classical music

Soothing sounds that help to calm your mind and find balance

The perfect addition to your fantasy rpg playlist or soundtrack

Collaborations with other musicians that can be in every genre

This website uses cookies to improve your experience while you navigate through the website. Out of these cookies, the cookies that are categorized as necessary are stored on your browser as they are essential for the working of basic functionalities of the website. We also use third-party cookies that help us analyze and understand how you use this website. These cookies will be stored in your browser only with your consent. You also have the option to opt-out of these cookies. But opting out of some of these cookies may have an effect on your browsing experience.
Necessary Always Enabled
Necessary cookies are absolutely essential for the website to function properly. This category only includes cookies that ensures basic functionalities and security features of the website. These cookies do not store any personal information.
Non-necessary
Any cookies that may not be particularly necessary for the website to function and is used specifically to collect user personal data via analytics, ads, other embedded contents are termed as non-necessary cookies. It is mandatory to procure user consent prior to running these cookies on your website.
SAVE & ACCEPT